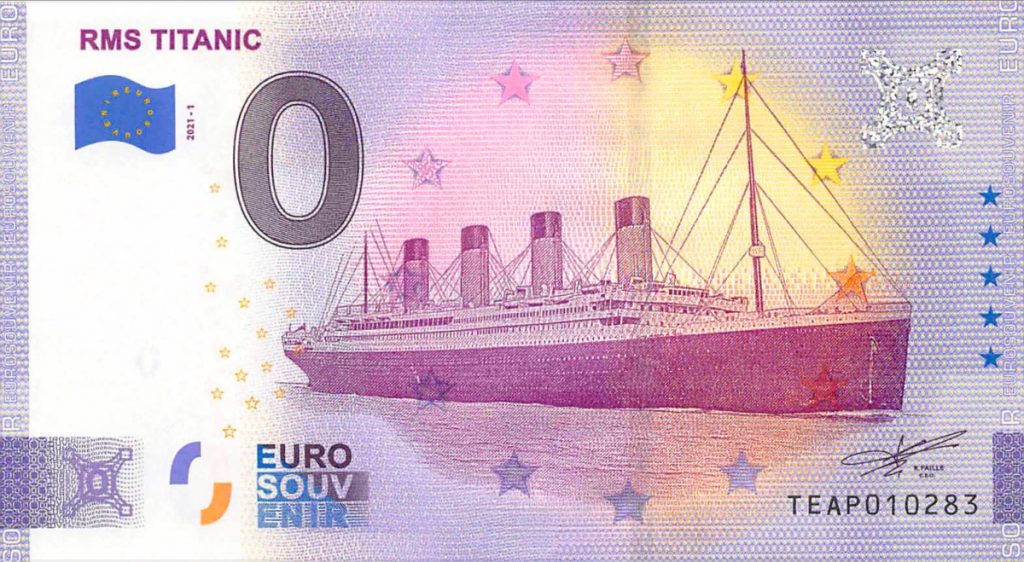 We’ve had lots of orders for our Titanic note, so if you would like to commemorate the fated ship, now would be a great time to have one for yourself!